Brad has a long and authentic relationship with what Australian’s cherish most, its beaches.  His first campaign to protect beaches was some 50 years ago when he was 12, and he continues to engage with audiences and communities through his books and talks, advocacy and leadership.

His debut book was the first complete Surfing Guide to Australia and was a mid-eighties best seller, as was his most recent benchmark book, written with fellow surfer Professor Andy Short, 101 Best Australian Beaches. Together, these ultimate beach explorers faced the formidable task of deciding the top one per cent, which by their own methodical and immersive experiences to draw upon, were the best of the best.  Writing books and widely published articles for over 35 years is just one of the ways Brad shines a light on the love affair that is the Australian beach.

He’s been the architect and driving force behind many movements to elevate and promote coastlines, here and overseas.

As Founder, his National Surfing Reserves and Surfrider Foundation Australia have become powerful agents of change, both winning the Australian Surfing Hall of Fame Surfing Spirit Award.   His conservancy innovations have been exported as templates to inspire others, including the seeding of World Surfing Reserves now based in California, which recognises sites of intrinsic world heritage and cultural value.

Sitting on Federal bodies, he was instrumental in the formation of Coastcare, Ocean Care Day and the National Marine and Coastal Community Network and was invited to become a coastal adviser to the Australian Senate which he held for two years in the mid-nineties, sharpening his focus on progressive legislative frameworks.  He continues to work in public affairs with www.unitedrelations.com.au – as he says, the coastal pay is lousy, but the ‘office’ is at the beach.

In his travels to over 40 coastal countries, from Soviet Arctic where he was captured by the KGB for activism to protect oceans, to seeding grassroots organisations in the greater Asia-Pacific and Oceania, Brad has led a storied life of activism, advocacy and authenticity.   He has visited first-hand most of Australia’s accessible beaches and many other beaches of the world.   He has also had the privilege of naming beaches, such as ‘Cossies’ in the remote Java Trench Cocos-Keeling Islands (after an Australian Governor-General, Sir Peter Cosgrove).

He has been honoured by his peers with the International Power of One Award in the USA and more recently, bestowed into the Queens Birthday Order of Australia for a lifetime of distinguished voluntary service to coasts, conservation and communities.

Tourism Australia have made him a Friend of Australia as the federal agency’s official Beach Ambassador which see him curate and regularly produce a bespoke and authoritative list of the final cuts to become Australia’s Best Beaches.

Brad has encouraged and mentored many salty coastal dwellers and communities in a multitude of ways to engage with their waves and beaches, ocean and marine environments for a better, brighter, more sustainable future. 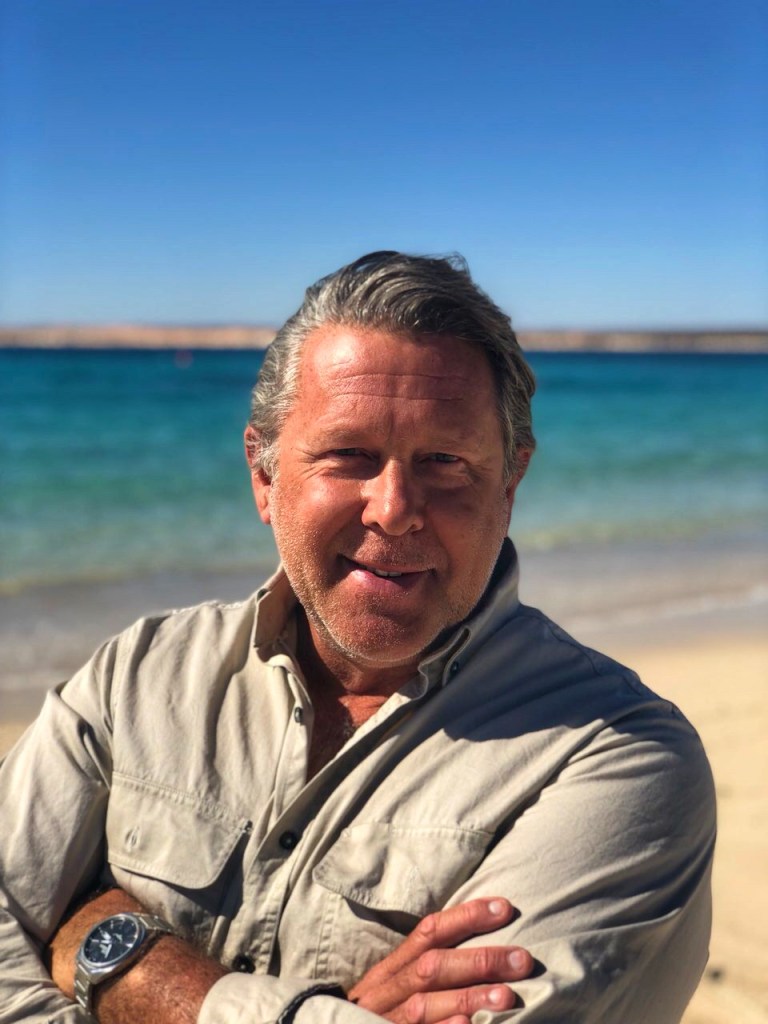